Ways to Get Your Business into VR

2. Form a VR Task Force to Analyze the Opportunity

This has to be the way, right? Look before you leap. Integrate multiple perspectives and develop a strategic plan.

But hesitating is also linked to losing and no one wants to do that. Plus there’s the old standard I learned in first year Latin:

Marketers have proclaimed The Year of VR since at least 1990 when Autodesk and VPL were the hit of SIGGRAPH. Their products cost from tens to hundreds of thousands of dollars. No business would take that leap without looking.

Thirty years later, Marketing people are wondering if they’ll ever be going to Vegas on the company tab again. The Training Department knows VR is their future. And all-day meetings on Zoom make everyone hope VR might be a better way.

Trade Show Worlds, Training Worlds, and Meeting Worlds are built and ready to go. Enterprise Solutions are being touted. Many are AOL-style private gardens. They are also not like the so-called real world in crucial ways (e.g., you can’t use your phone or your computer, hmmm) and anyone thinking they will just keep doing what they’ve been doing, except virtually, will be disappointed.

Will every ‘use case,’ every category, have an alpha category winner? If VR goes the application-domination route encouraged by VC funding, users have to be wary of investing time in what could be a loser platform.

The hypothetical Task Force will have lots to study. I doubt there will ever be a time when it is clear and obvious enough to say, ‘here is what our company should do in VR.’

I think Festina Lente means, ‘start doing something right now, being open to everything that happens, observing it without judgment, learning, adjusting, proceeding.’ But the first step is to get started.

In order to get started, it is not necessary to answer all the important questions. In fact, it may not be possible to begin answering them without getting started first.

It might be necessary, however, to at least select Who — which department, which individuals — and that can lead to problems.

VR is frequently described as a solution in search of a problem. Well, lots of companies had the same problem during this end of the year holiday season:

How are we going to do what we always do this time of year without being together?

I know at least one company decided the solution to that problem was VR because I was hired to help support the event.

When Ben Culbert first raised the idea at the Ovative Group, a digital first media and measurement firm from Minneapolis, in October, it felt crazy. In retrospect, it looks obvious.

At Ovative, the big annual event is Shenanigans Day, dedicated to celebrating coworkers. Fun and games, hanging out in person. Not possible this year.

How about doing it in VR, Ben asked?

There was a clear and present need. There was already a budget. People wanted to be with each other but they were sick and tired of Zoom. VR is supposed to create social presence, to help people feel connected. What’s not to like?

His crazy-but-obvious suggestion bought Ben the task of seeing what it would actually mean to do Shenanigans Day virtually. He knew there were only a few suitable platforms and AltspaceVR, probably the best candidate, has an active Discord server.

That’s where Drew Stone noticed Ben’s inquiry about how to do a big party in VR for a couple hundred people? As the Founder of Locusium, an in-VR event planning and management company, he was one of very few people prepared to answer that question.

There are companies that manage VR installations at museums and festivals; i.e., in reality. Shenanigans Day in Virtual Realty is something very different.

Sometimes it is a gift to have too little time. The gaps between hope and practicality get closed more quickly than usual.

In a series of meetings over just a few months, agreements were made and separate worlds were created and furnished for competitive games, for talent shows and Karaoke, music and dancing, presentations, and hanging out.

They had The Big Party and it all worked.

It did not include every element of Shenanigans Day, but it checked a lot of the boxes. I have seen the excellent post-event evaluations but I didn’t need to. My job was to be there, along with nine others, to help anyone who needed anything. I was told that if I was not busy all the time, that would be good.

I wasn’t busy all the time. I was in VR almost eight hours that day and I definitely helped some people with headset issues, questions about the menus or other little details.

I got the flip cup game going at one point but within minutes it was all theirs.

I had plenty of time to observe what I appreciate most about VR. It was incredibly easy for people to socialize.

I was interested in where Shenanigans Day in VR fit into the bigger strategic picture for the organization.

I have spoken to people at Ovative since the event, including Ben Culbert and Maryjane Glynn, who linked the Shenanigan’s Day solution to the company’s core when she said

“Culture is everything to us and every single person on our team contributes to building the culture we want every day. A virtual Shenanigan’s Day was a direct reflection of our commitment to our team.”

The image I now have is that taking the plunge with everyone addressed an immediate need creatively, to connect employees during one of the most challenging years — and also served as a strong but tentative first step into a virtual world which, as a media company, Ovative will have to master. The people that signed off on the extraordinary decision to buy everyone in the company an Oculus Quest 2 Headset saw clear short-term benefit and likely but necessarily unclear long-term opportunity.

There isn’t a Task Force yet, but there probably will be. It will be a Task Force surveying and working with everyone as an active user.

Terms like ‘culture’ and ‘commitment to every single person on the team’ get thrown around easily in Mission Statements. But most companies don’t actually empower everyone to help lead the way into new territory. What does it say when the whole team is really given a passport to the future?

The Whole Company Has Headsets!

They will be in a perfect position to try out little pilot tests of everything and share what works.

This was the way one company began its relationship with VR.

Not every company is going to use the Have a Big Party method of getting started, although I don’t see why not. It’s a genius, jump-start move, leveraging a real need.

Virtual Reality is not something to stand back from and consider. It is something to get immersed in, because immersiveness is its essence. It is someplace to connect with people because social presence is its super power.

Every VR opinion leader has tried to sum it all up by saying:

Why not create one for the whole company at once?

I enjoyed being paid for services rendered as an avatar and hope to do it again.

2D Videos of 3D events are missing a crucial dimension, but this highlight reel produced by Ovative and Locusium captures the multi-world, free flowing spirit of Shenanigans Day, in VR. 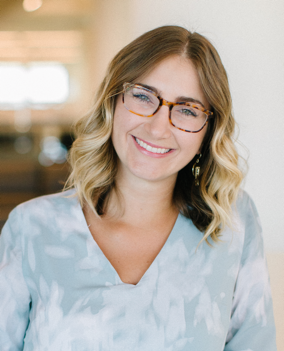 Maryjane is the Director of Marketing for Ovative. She is responsible for building Ovative’s brand presence, using innovative strategies to breakthrough to prospective client and talent audiences. Maryjane has been passionate about Ovative’s brand since joining in early 2016. She’s played multiple roles across Ovative including supporting Ovative’s biggest and most complex clients as an Account Director. Maryjane’s hands-on... Read More >>

Ovative In: Twin Cities Business May 2021

Digital Agency Ovative Group Doubles Down on Office Space Despite a hybrid work model and new hires in 11... Read More »

Focusing on the micro moments throughout a consumer’s journey will pay dividends on the macro metrics retailers obsess over... Read More » 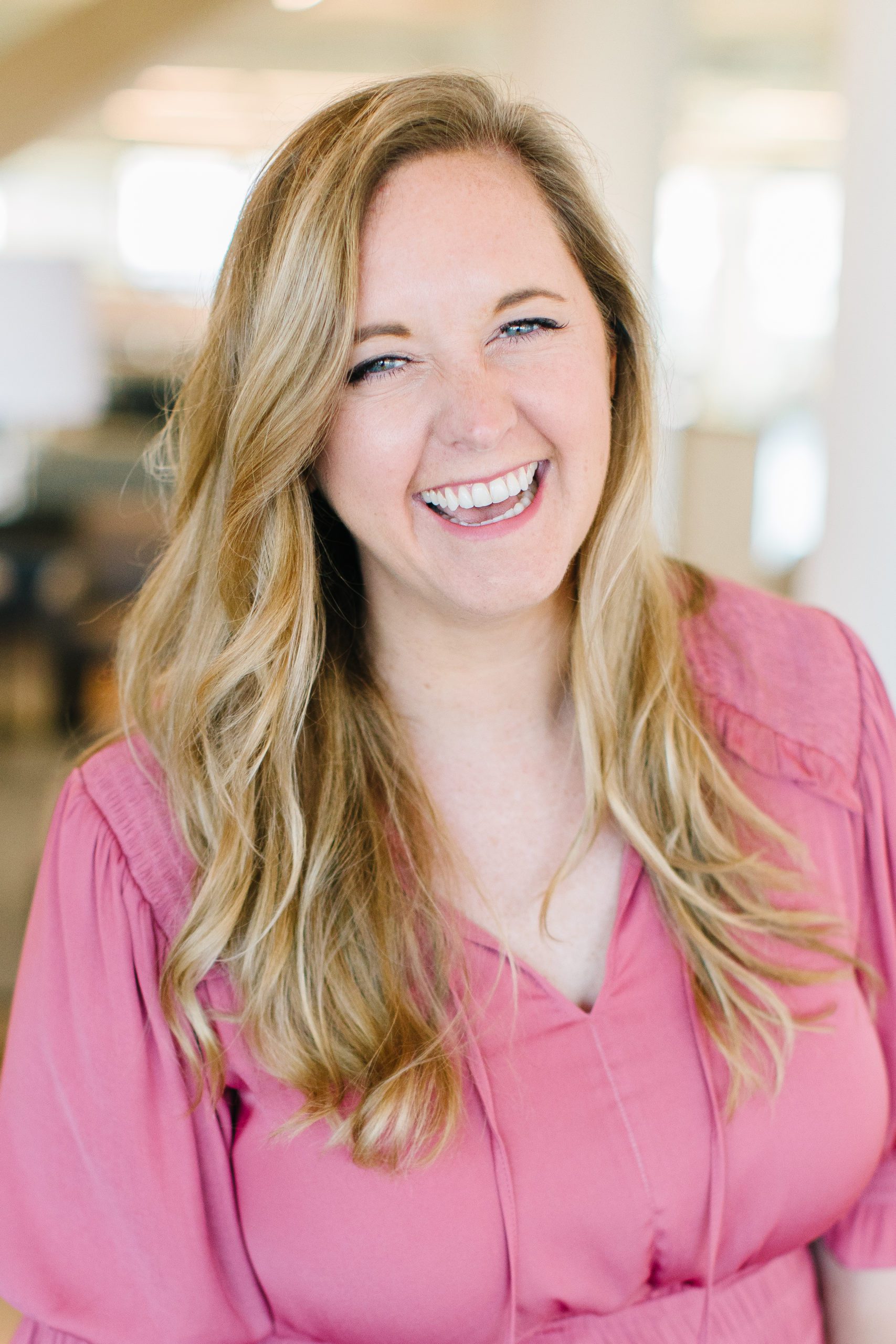